The History of the Willy's Jeep

The Willys Model Jeep was first used as a military combat vehicle by the allies in World War II. After the war ended Willys Model was released to the civilian market.

Improvements and Enhancements were made on what became known as the "Jeep" and its popularity continued to grow. After use in multiple wars and 10 generations of modifications, the Willys Model has become the Jeep we know it as today.

The Road to War Production Jeeps 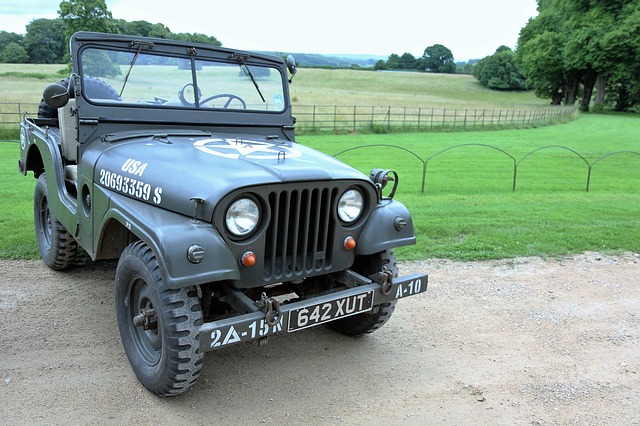 Willys Model was not the first four-wheel drive vehicle used in war, nor was it the first selected for use in WWII by the United States Department of War. Several circumstances paved the way for Willys-Overland Motors to win out the government contract to produce the first line of Jeeps.

The US Army first used four-wheel drive trucks produced by Four Wheel Drive Auto and the Thomas B. Jeffery Company during Word War I. The U.S. Army heard proposals for newer 4x4 models from Ford and American Bantam in the late 1930s, but re-opened competition in the Summer of 1940 after standard specifications were established.

Initially, American Bantam won the contract virtue of being the only company to submit their prototype, the "Blitz Buggy", by the deadline. However, the American Bantam lacked mass production capabilities and the government awarded production contracts to Willys and Ford.

Due to the urgent need of vehicles, the government gave American Bantam's blueprints to each production company to speed up the process. Willys revised their initial Willys Quad prototype by developing the MA, or Military Model A, which was 240 pounds lighter than Bantam's model. Meanwhile, Ford was developing the GP to also meet the U.S. Army's weight standards.

On the verge of war in 1941, the U.S. War Department decided to select one model as the standard. With its more powerful 60 horsepower "Go Devil" engine and lower cost, the Willys MB model won out and was nicknamed the Jeep. Eventually, the demand grew so high that Ford stepped in to help produce the same model under the Ford GPW nameplate. Willys produced over 363,000 Jeeps and Ford an estimated 280,000 during the war.

As confidence grew on the side of the allies, Willys began developing models in 1944 in hopes of expanding the Jeep to the civilian market. Modifications were made to the military vehicle which included a tailgate, drawbar, and canvas top. However, first to CJ, or Civilian Jeep, models never entered mass production.

Willys was fully awarded the trademark for "Jeep" in 1950 after American Bantam went bankrupt. Continual improvements were made in the models that followed as the Jeep product transformed more and more into the vehicle we know today.

The Willys MB model eventually evolved into the Willys M38 used during the Korean War. The M38 was a combat version of the civilian Jeep CJ-3A. It featured a reinforced frame and suspension, waterproof electrical and ignition system, and a windshield that folded down flat on the hood for shooting.

Altogether over 60,000 Willys, M38 units were produced. It was succeeded by the Willys M38A1 which would become the model used by the U.S. Military from 1952 to 1971. The M38A1 used the more powerful Willys Hurricane engine, had a round body, and a longer wheelbase for a smoother ride.

Like in WWII, vehicles used in the Korean War influenced the civilian Jeep market afterward. The Willys Jeep CJ-5 was based on the concept of the M38A1 and had the longest production run of any single Jeep model (from 1954 to 1983). The CJ-6 model was also based off the military Willys M170 and had a significant 20-year run of its own.

Willys model continued to live on in later models of the Jeep CJ series. The CJ-7 offered an automatic all-wheel drive system and arguably the smoothest ride of any Civilian Jeep model. The CJ-7 was in production from 1976-1986, but still remains popular today.

The Jeep CJ-8 Scrambler was built during the same era as the CJ-7, but featured a small pickup bed in the back. The CJ-10 continued with the style of the CJ-8 offering a full-size pickup truck with a Jeep body. 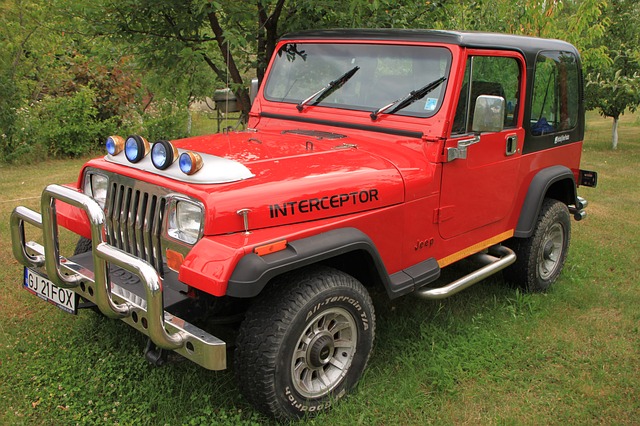 The Jeep CJ Series ceased production in 1986 giving way to the newly designed Jeep Wrangler model. While CJ Series models were civilian versions based off of successful military vehicles, the Jeep Wrangler was built intentionally the average daily driver.

The Jeep YJ was the first vehicle in the Jeep Wrangler series. It offered a more comfortable ride than any CJ series model with a wider track and less ground clearance.

Now in its third generation of vehicles, the Jeep Wrangler remains in production today. The latest 2016 Jeep Wrangler Sport includes all the comforts of a modern vehicle. It is a far cry from the original Willys Quad model made for WWII.

Yet, it was that original Willys model that influenced how we know four-wheel drive vehicles today. The expansion of the Jeep into the civilian market in the 1940s continues to have an influence on the automotive world to this day.